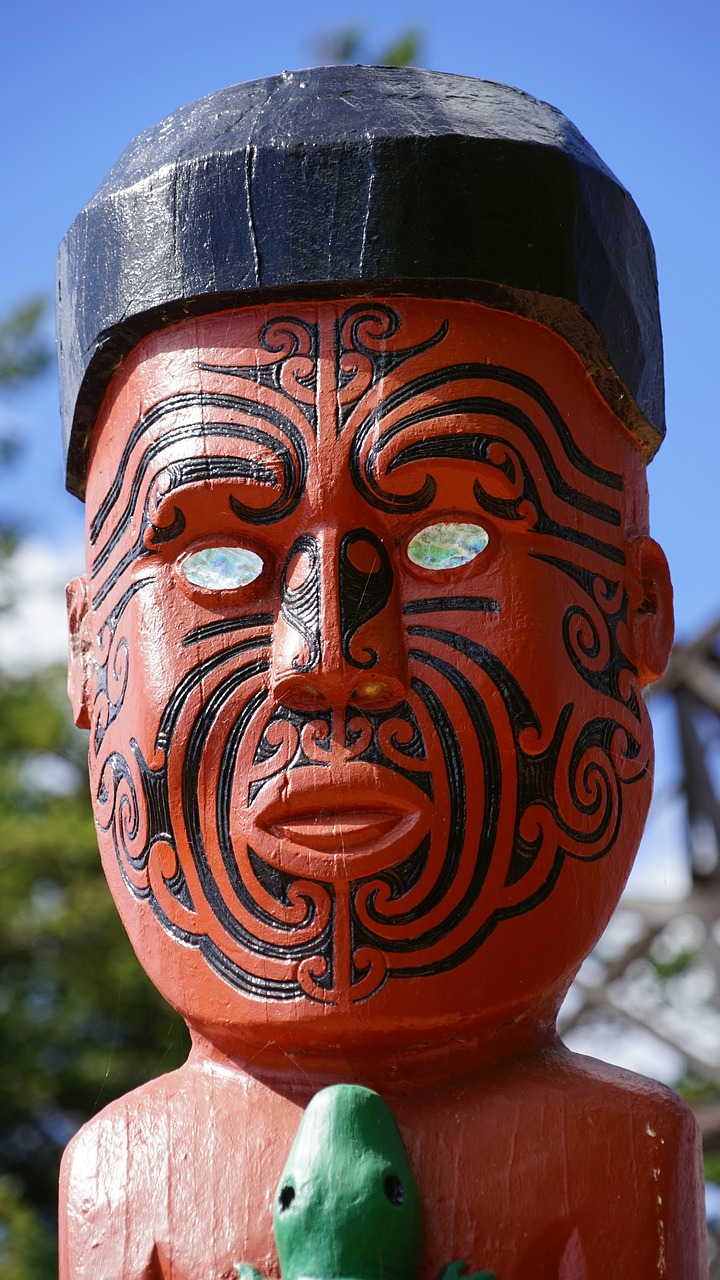 Welcome to the next part of our cultural series, looking at the indigenous people of Aotearoa, the Māori. In the first post, we already had a  look at the history of the Māori and learned about how they arrived and lived in New Zealand. In this post, we will take a deeper look at something that was briefly touched on in the first post; the foundations of Māori Culture.
The Māori culture had and still has a significant impact on New Zealand’s culture as a whole. Some of it is very obvious and easy to see; such as the fact that the All Blacks perform a haka before each game. You can read about what a haka is and what it means here. Other aspects are much harder to describe; to fully understand, you’ll have to come to NZ, talk to Māori and see for yourself! In this post, we’ll take a look at the religious beliefs and discuss the importance of ‘Mana’ to the Māori people.

To understand the culture of the Māori better, it is important to understand their origins and history first. The Māori migrated to New Zealand from eastern Polynesia around 1300 AD. Their beliefs and customs borrowed heavily from their homeland to begin with, but as they lived in New Zealand relatively undisturbed for hundreds of years, they developed their own traditions and world view over time. They were very skilled and created amazing art with basic tools made out of wood and stone. As they settled into New Zealand their lifestyle, social structures and politics grew to be more sophisticated. The expanding population, combined with their hunting-gathering culture created a lot of competition over scarce resources. This resulted in wars, which facilitated new and important advancements.

The Importance of Mana

When wars were fought between different iwi (tribes), they weren’t just fighting over land; they were fighting over Mana. Mana is the word that represents the idea of a personal, sacred force or spiritual essence. It exists in almost all things including people, animals, land and even inanimate objects. Mana is integral to each being and it is incredibly powerful. Mana isn’t static; it can be gained. A person can get it from two sources. Firstly, they can get it from their families and their ancestors. Secondly, they can gain it from their personal wealth. There was no resource more significant to them than land; and the wealthiest controlled the most land (ownership was a foreign idea).  This belief is vital to Māori traditions and spirituality. So when wars broke out, there was more at stake than resources; they were fighting to preserve their Mana that they gained from their land. This concept is the core behind a lot of other Māori traditions.

The Māori have a rich culture with many gods and many stories, the first being the story of how light and life came into the world. Learning about the Māori myths and legends is a core part of the New Zealand school curriculum. If you are interested in any of these, we highly recommend checking out “How Maui Tamed the Sun”, “How Maui Fished up the North Island” and the Māori mythology surrounding the creation of the world. As discussed earlier, Mana was a very important concept to the Māori and they believed that this supernatural force had a huge impact on the world around them and in their personal lives.

Over time however, the religious beliefs have significantly changed. Due to the influence of British settlers, traditional Māori beliefs have blended with Christianity and this formed the basis of modern Māori religious traditions. Prayers in te reo Māori, the Māori language, are a common feature and are part of a lot of major New Zealand events. An English translation is often said afterwards or is provided on a pamphlet so that non-te reo Māori speakers can understand what was said. Many are beautiful and very poetic.
Stay tuned for more posts like this!