You might have heard about the Māori ‘tattoo’ culture, which is called Tā Moko and is seen as a cultural treasure. It is popular in western pop culture, highly sacred to the Māori and a thus, a very interesting and intensely discussed subject.

There have been many concerns about ignorant uses of Tā Moko in the past. Especially since celebrities like Mike Tyson, Robbie Williams or Rihanna wear tattoos containing moko elements, many Māori artists feel the need for more information about the meaning behind those symbols and patterns.

Each moko is unique to the wearer and tells a lot about the wearer’s genealogy (whakapapa), knowledge, social standing, power and prestige. They were meant to make the wearer more fierce n battle and more attractive to the opposite sex. Receiving a moko is a big honor, and the only people without moko were slaves or workers. Because of their uniqueness, moko were also used in the 19th century to sign official documents; by drawing it in place of a signature. This was the case for some tribal chiefs who signed the Treaty of Waitangi by drawing their moko. 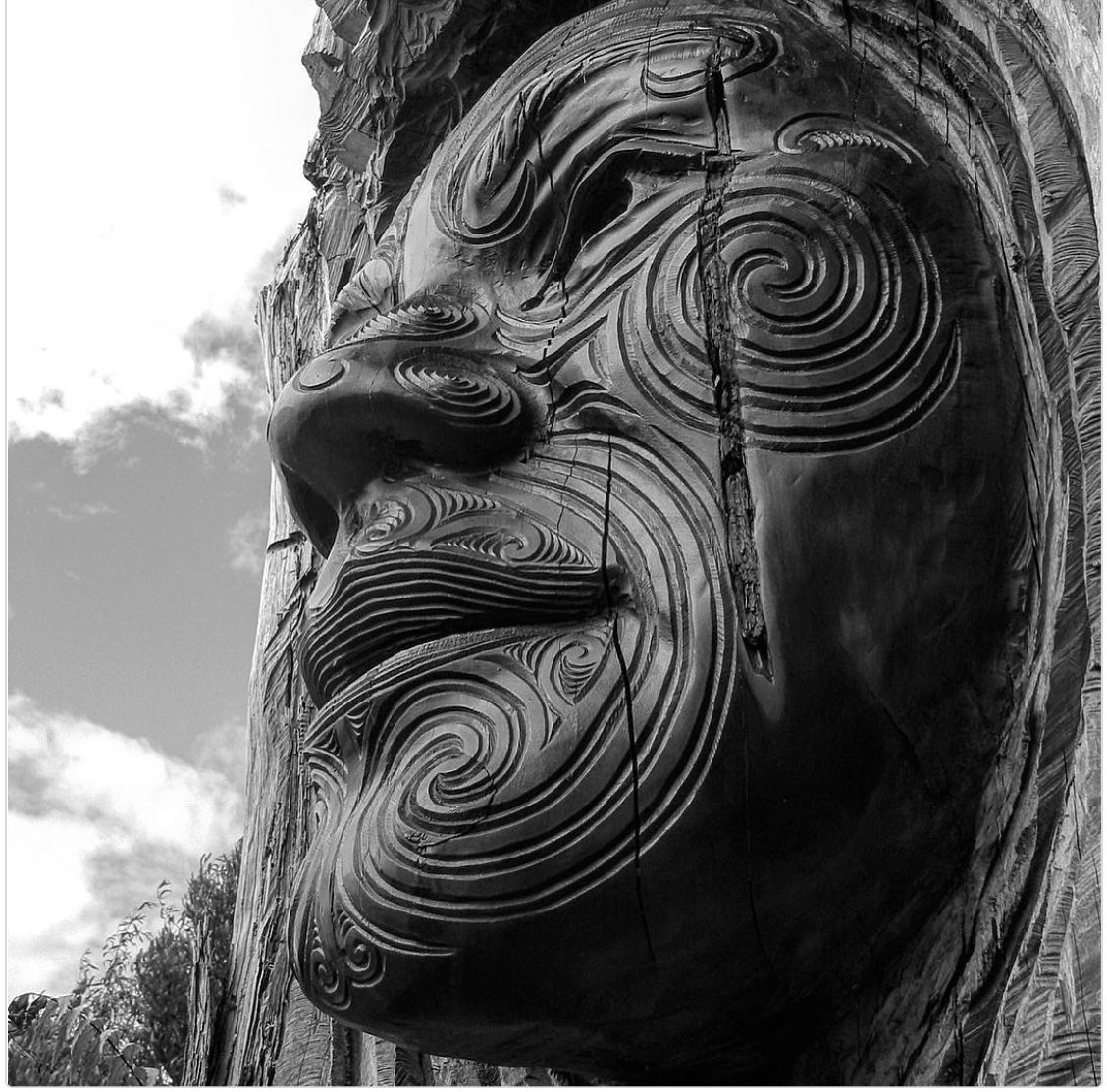 Here is a little bit about the history of Tā Moko:

“The history of ta moko revolves around a love affair between a young man, Mataoroa, and Niwareka, a princess of the underworld and daughter of a tohunga ta moko. Niwareka wanted to explore the world above and while she was there she met Mataoroa. Niwareka fell in love with Mataoroa and they were married. Knowledge of ta moko did not exist in the world above, therefore Mataoroa simply wore designs painted on his body, rather than being chiselled.

One day Mataoroa mistreated Niwareka, so she returned to her father in the underworld. Seeking her forgiveness, Mataoroa pursued his wife into the underworld, enduring many trials and obstacles to reach her. But when he finally found her, the paint on his face was smeared from the sweat of his exertion. Upon seeing this, Niwareka’s people, who had chiselled faces and permanent designs, laughed at him.

Ashamed of his appearance, Mataoroa asked his father-in-law to teach him the art of ta moko. Impressed with his commitment to ta moko, Niwareka eventually forgave her husband. They both returned to the world above, with Mataoroa taking with him the knowledge of ta moko.”

How it’s done: The application of Tā Moko

No needles are used in the process, the tools traditionally used were made from bone, such as albatross bones. A moko is applied through scarring and marking the skin, which is a very intense and painful process.

A moko can only be done by a Māori for a Māori. No respected Tā Moko artist (called Tohunga Tā Moko) would do one on a non-Māori, since it is strictly reserved for people with Māori whakapapa (genealogy). Māori-style tattoos, on the other hand, are considered a different art form and are referred to as Kirituhi. These can also be done by non-Māori artists for non-Māori wearers, and many Māori artists are happy to share their art this way in a respectful manner.

The difference between Tā Moko and Kirituhi can be defined like this: “If either the recipient or tattooer do not have Māori whakapapa, then the resulting design is a Māori Style tattoo or kirituhi, NOT moko.” – Taryn Beri

Traditionally, it is applied to the back, buttocks, legs and to the face. Because the head is considered the most sacred part of the body, a facial moko is the ultimate statement of the wearer’s identity. For women, a moko kauae, a moko on the chin is also very popular.

After the European settlement, full face moko became less common. Since from the late 20th century though, Tā Moko is experiencing a revival. Today, many Māori proudly wear a moko as an expression of identity.

Mural by Owen Dippie and Tame Iti in Taneatua, Bay of Plenty

Zealand Tattoo has published a Definite Guide to Ta Moko, if you’re interested in that subject, check it out!

To read more about New Zealand’s Māori culture and discover other cultural gems NZ has to offer, have a look at our CULTURE category!

And, to conclude this article, here is a general advice for all tattoo fans, especially if you love collecting tattoos as souvenirs from your travels: Think before you ink!

These articles were created as a contribution to further the understanding of the Māori culture for visitors coming to New Zealand. Everything on our blog was written to our best knowledge, and all of this information was collected using sources we trust. Nevertheless, neither we, nor our sources are always perfect (although we try!). So if there is anything that sparks your attention, if you have any comments, concerns or suggestions, just flick us an email at info@hakatours.com and we are happy to re-check and correct them if necessary!

Kia Ora, how do I draw the ta Mokpo on my face, it’s for a Baka at my girlfriends graduation.